Where it all started.

I lived in New Zealand from 2013 until 2016 and knew the mechanic who used to drive a car (no idea what kind of car it was). Continually with a load that was to heavy and with the tow bar touching the ground, he was driving the car all around Christchurch. During that time I was looking to buy a car and because he was moving to Australia, I could buy it off him for 1500 euro’s, having made 239456 km already. I though it would be short-lived because an old car that had been through all that would surely not survive very long now would it. To my surprise however nothing broke down and the car kept on going, whatever I did with it. So, there is where I start loving Subaru. 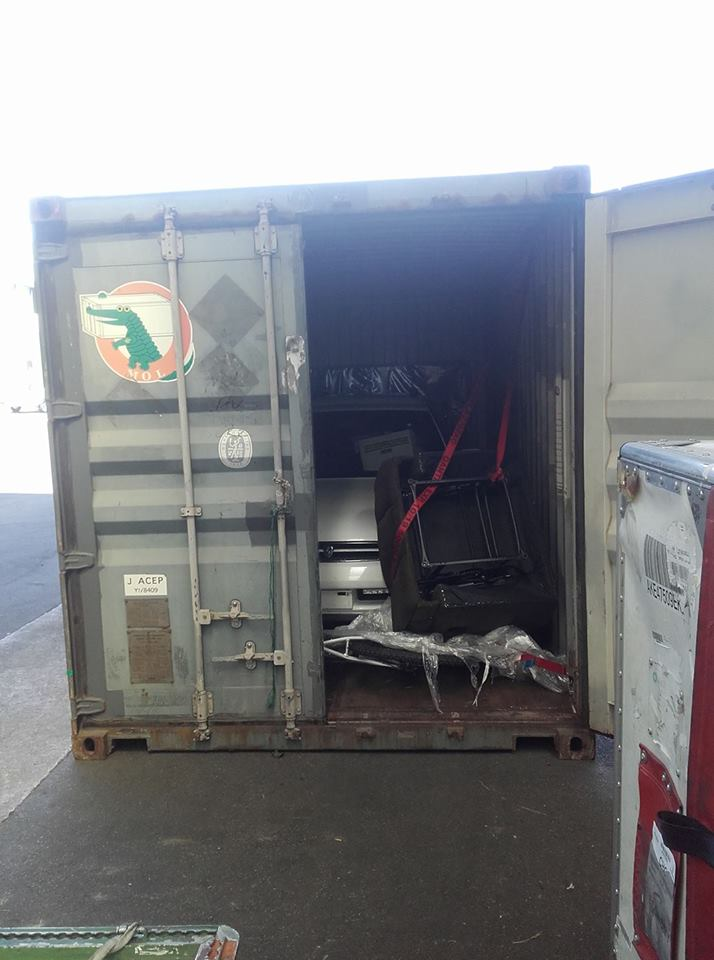 When I moved back to the Netherlands in 2016 I couldn’t leave the Legacy behind, so I took it with me. In the summer of 2017 I took it to Belgium, France, Germany, Switzerland, Italy, Slovenia, Croatia and Austria. In whatever weather or on whatever road, the Legacy brought me everywhere, without a problem. In the summer of 2018 me and a friend drove 10.000 km in 11 countries during 18 days. After this, the car has been in 20 countries. With a total load of 2000 kg we drove the whole road trip without any problems. With a big world map on the bonnet that showed all the countries the car drove to. 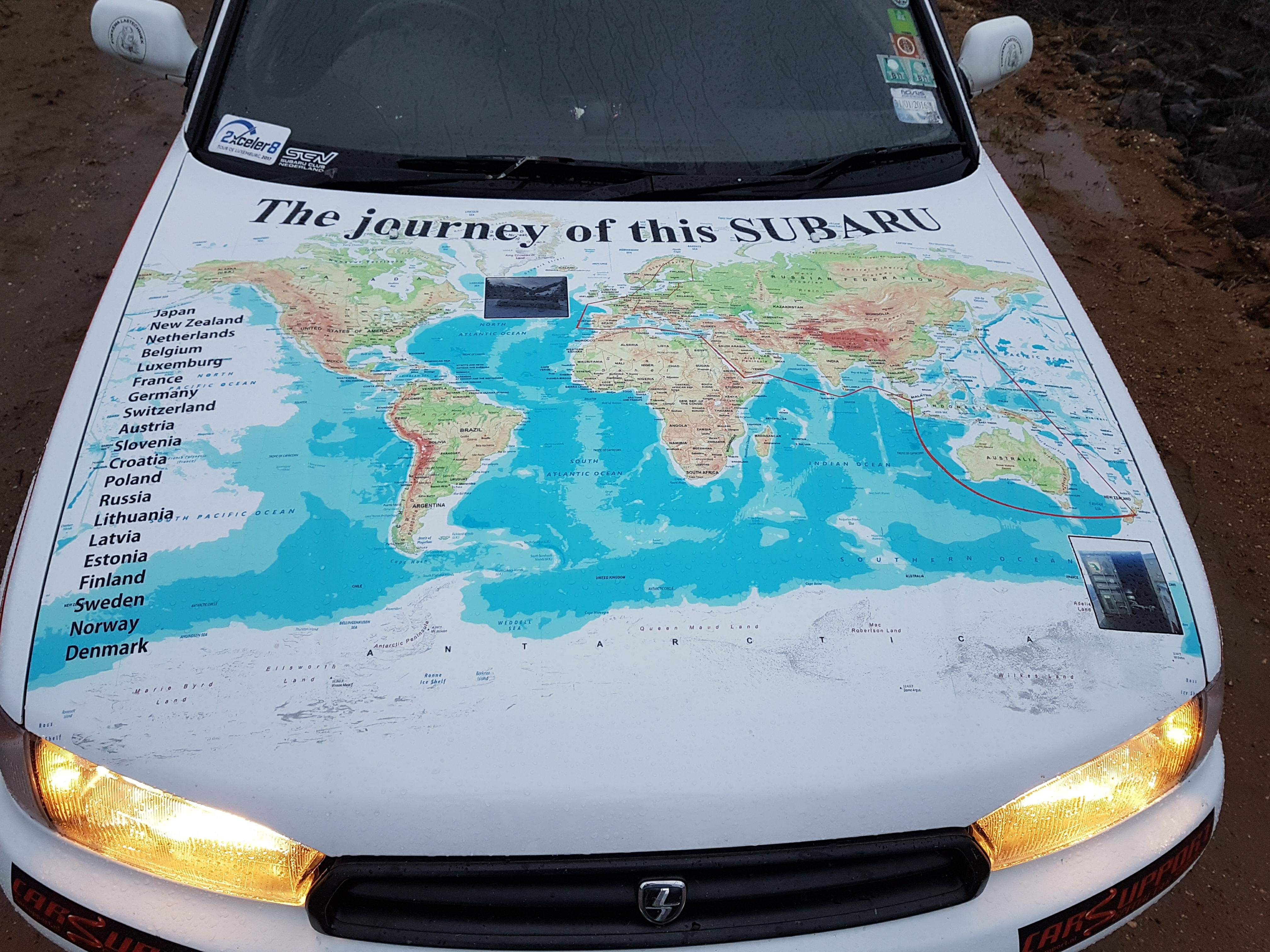 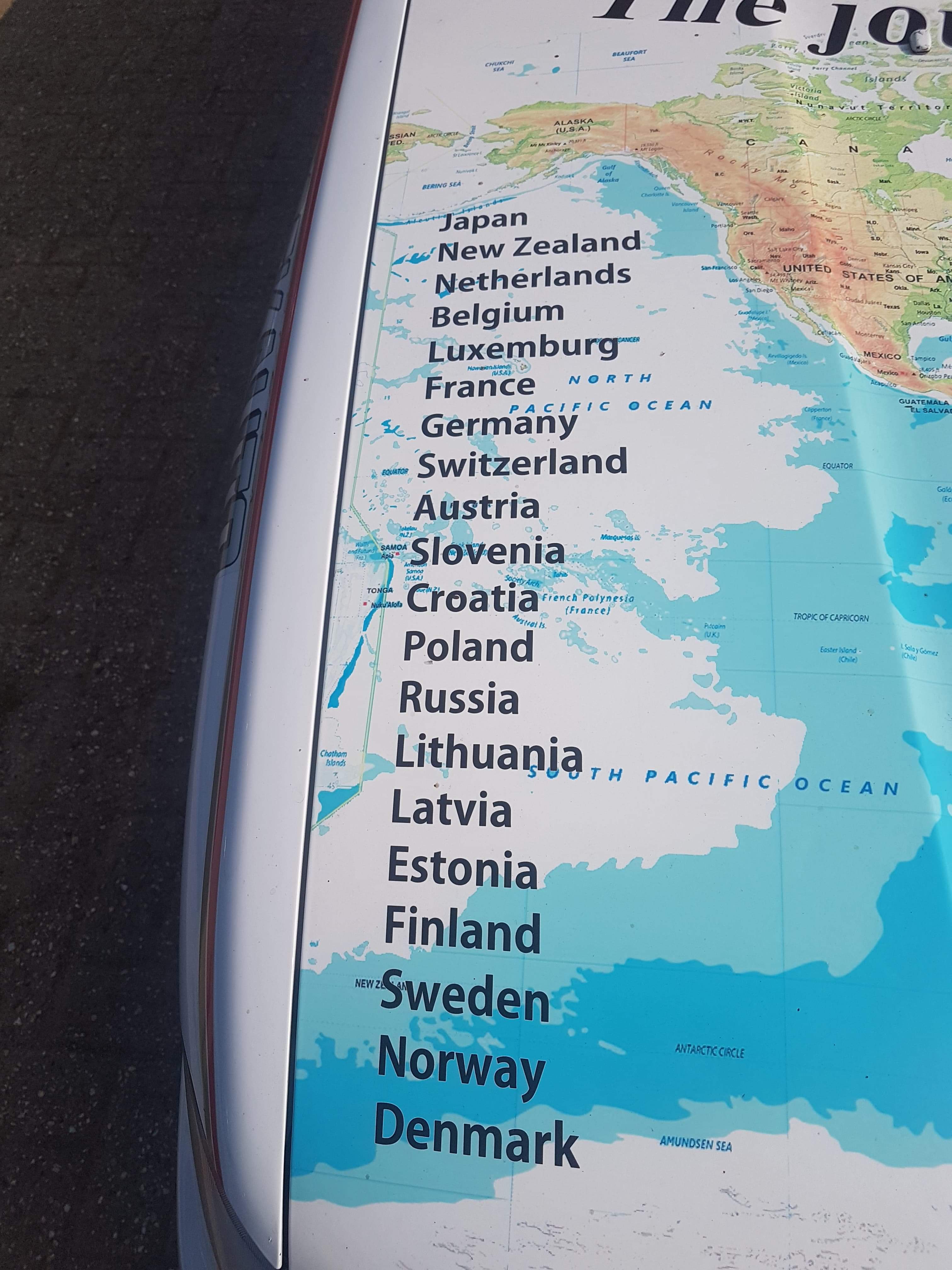 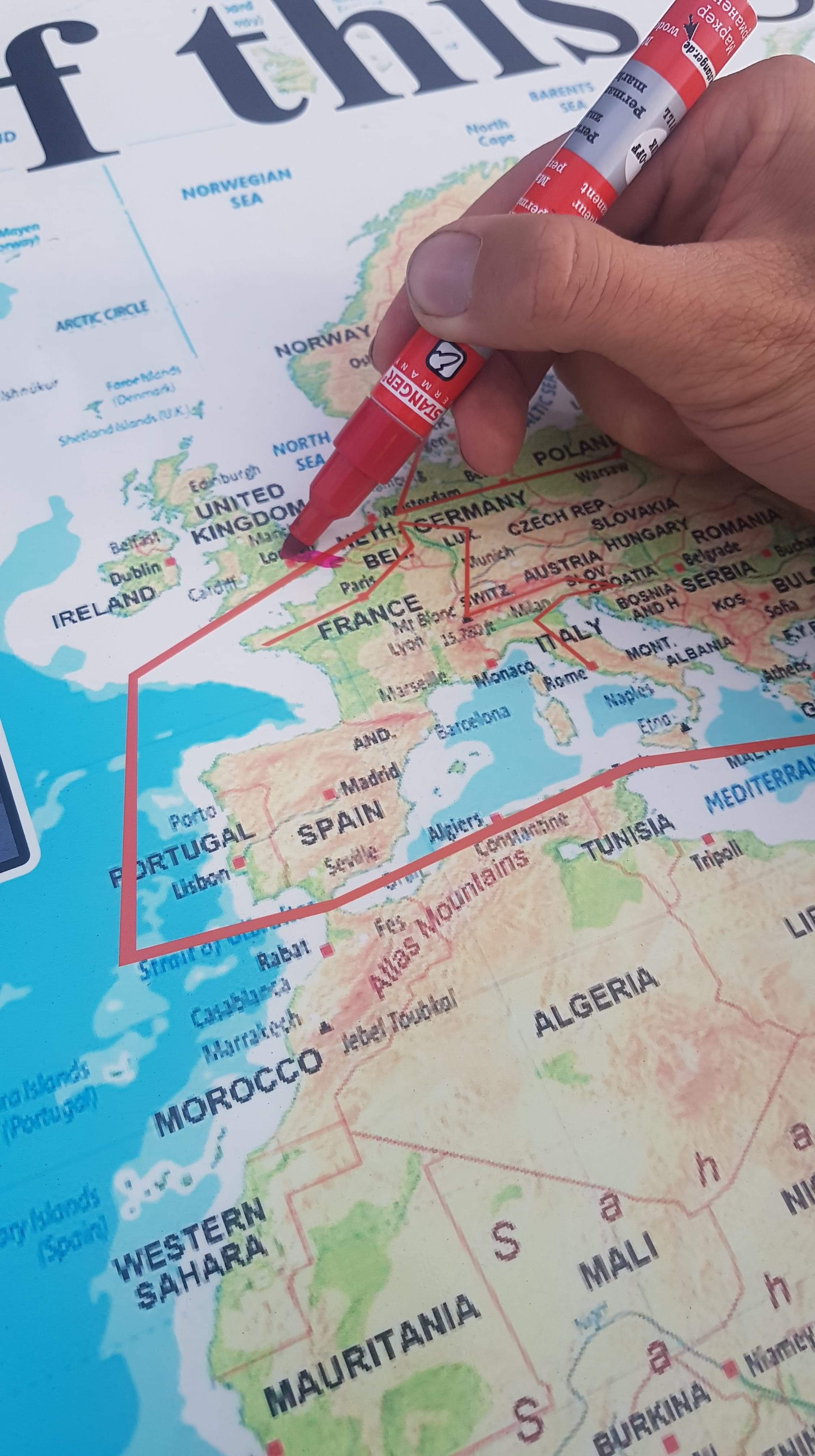 Sadly on the 3th of November I had a horrible car accident. I had black ice on the road and hit with 80 km/h a tree. A miracle that I survived. I just broke my collarbone and had bruised ribs. After the crash i walked out of the car and see her lying against the tree. 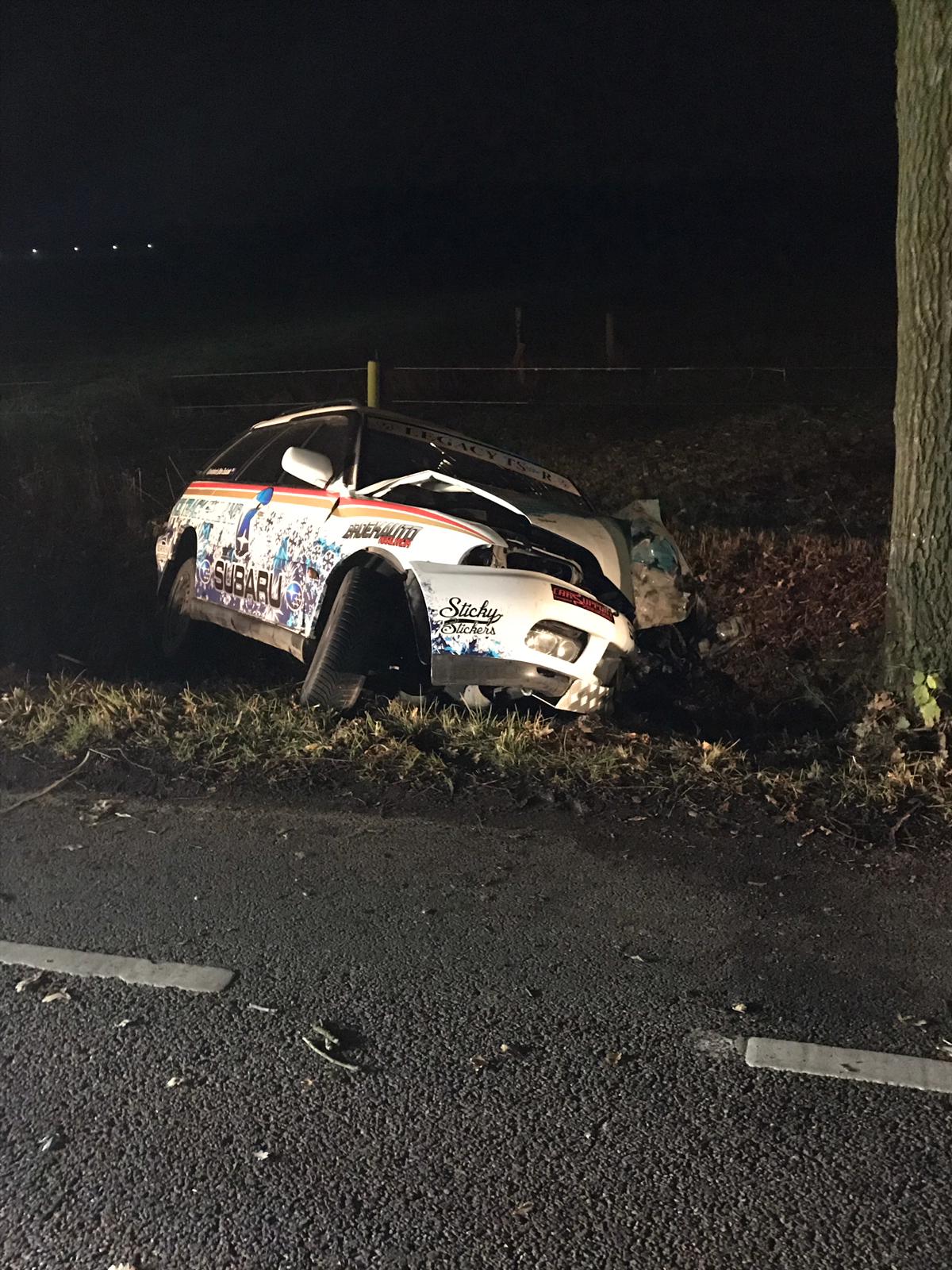 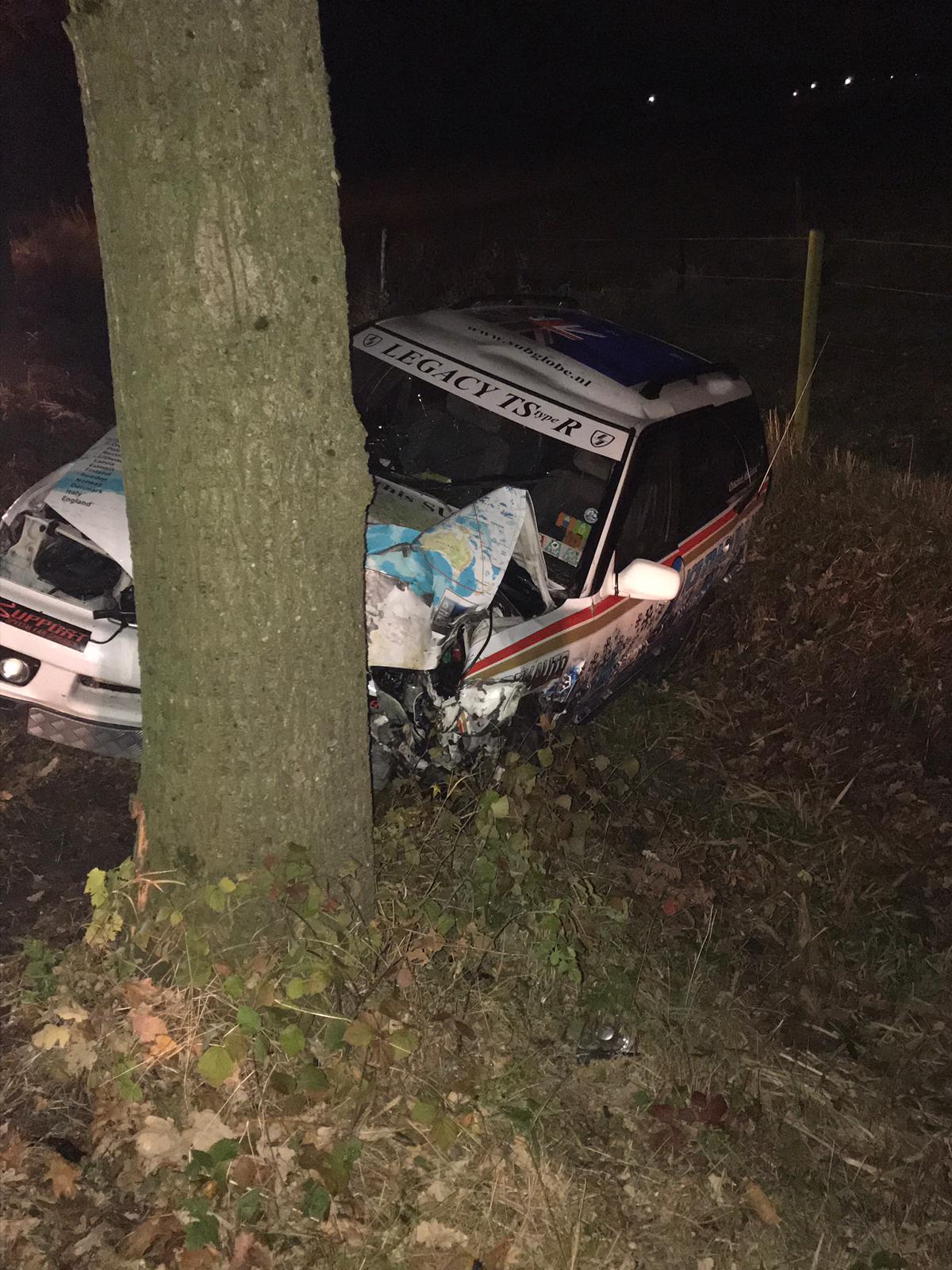 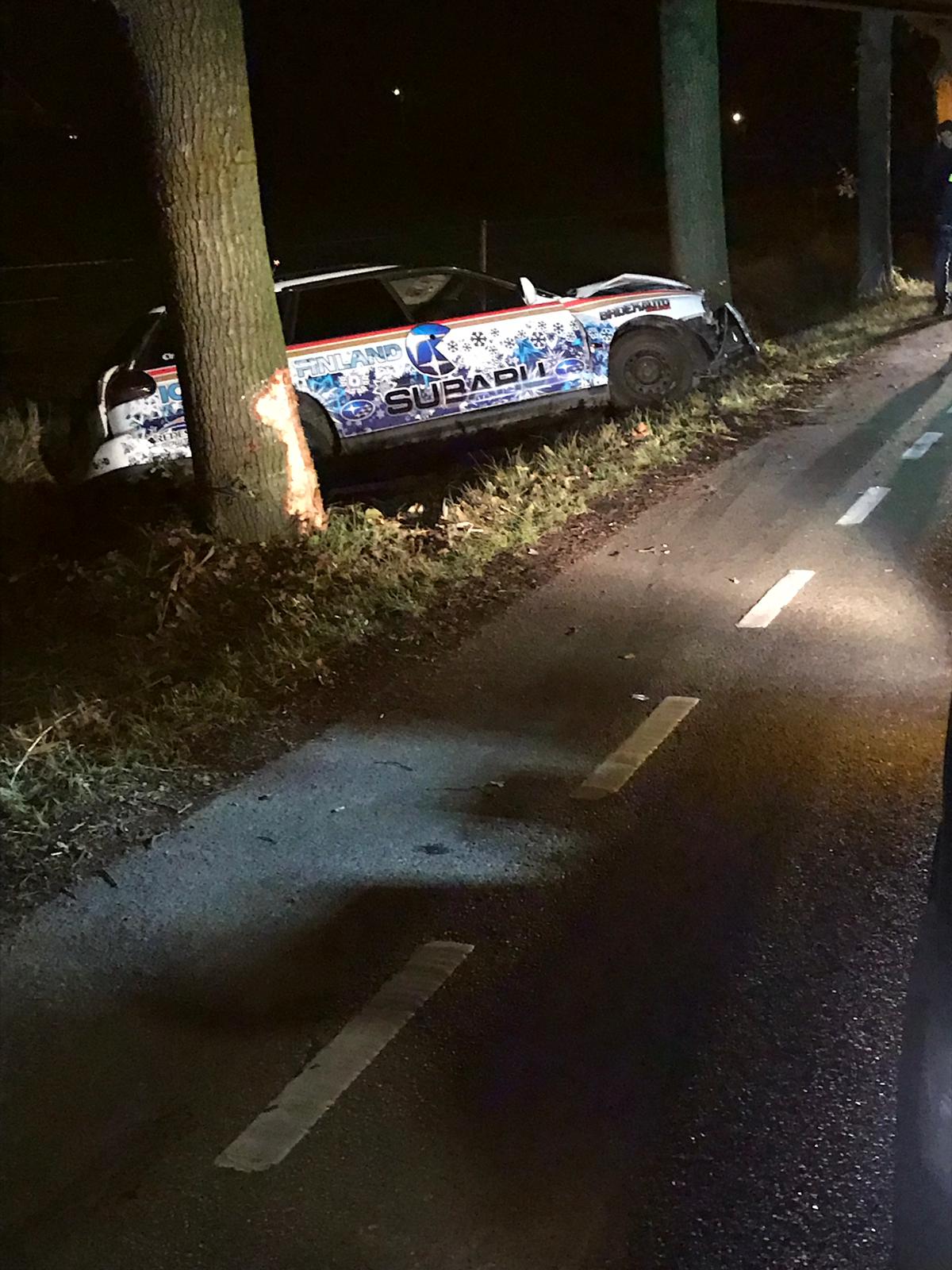 I was heartbroken. That car meant everything to me. My goal was driving this car around the world. Was planning to ship it to the U.S.A. for a big road trip. And want to drive it to Japan. One day before the crash I put a new wrap on the car for the ice tracks. And had so many more plans with the Legacy. But that all died.

After the car crash I couldn’t bring her to the junkyard. So I cut the legacy in half and hanged her up at the wall